Welcome to Behind the Scenes of Following Me!

Each week leading up to the release of my new book, Following Me, I am
going to introduce you to the book with my new “Behind the Scenes” meme.
You’ll learn about the characters, the set, the feel, the soundtrack.
I’m giving you an entire behind the scenes tour! So sit back, grab
some popcorn, and enjoy the show. 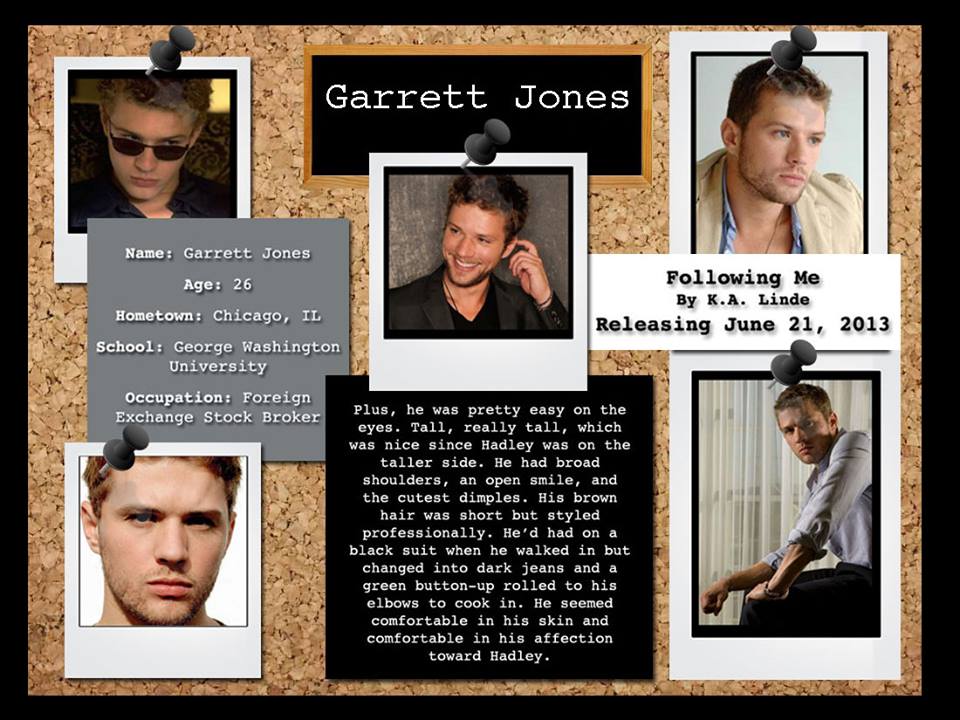 Garrett Jones is Hadley’s boyfriend in Following Me.  He’s twenty-six years old and graduated from college in D.C. with a degree in business.  He grew up in Chicago and returned after graduation to work as a stock broker for his father’s company.  He has a very welcoming, calming personality and is extremely affectionate toward Hadley.  I always envisioned someone like a young Ryan Phillippe as his casting. The soundtrack to Garrett’s life is To Build a Home by The Cinematic Orchestra.

Plus, he was pretty
easy on the eyes.  Tall, really tall,
which was nice since Hadley was on the taller side.  He had broad shoulders, an open smile, and
the cutest dimples.  His brown hair was
short but styled professionally.  He’d
had on a black suit when he walked in but changed into dark jeans and a green
button-up rolled to his elbows to cook in.
He seemed comfortable in his skin and comfortable in his affection
toward Hadley.

Thanks for stopping by!  See you next week!